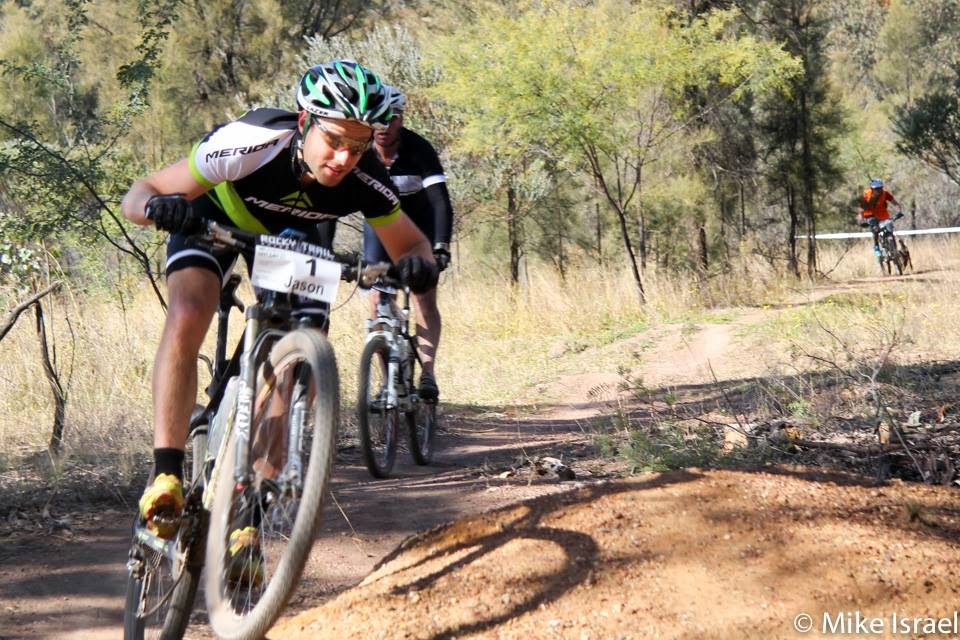 The Jetblack 12hr is one of my focus races of the year. I love the chance to represent one of my long term sponsors who have provided great support dating back to 2007. They once again came to the party this year and setup one of my dual suspension bikes with a brand new set of Stans Race Golds and Jetblack disc rotors which took around 1kg of weight off my bike! Continental also delivered a box of tyres this year allowing me to run the x-king / Raceking combination I can always rely on. This race was also going to be a practice run with my support crew / mechanic for the worlds Trevor Creighton.

The race was located at the James Estate Vineyard only 2 hours from Newcastle so with a 10am start the easy decision was to stay in a nice warm bed in Newcastle before the event.
I scored a lift out with Kath and Kedan from Bike Bag Dude and Trevor and I setup base with them. After some tweaking with bikes and discussing light strategies I was on the race line and ready to roll. Even with an absence of some previous podium riders Andrew Hall and Ed McDonald there was still a competitive lineup.
The race started quickly and I watched as the top riders took off as I chose a more sensible but still high pace. There was a solo rider train forming behind me as I rode my first lap around the course. The course started with around 1km of gradual fireroad uphill with a significant amount of sand. Clear lines eventually formed during this section as the race progressed. As the course turned into single track it reminded me of Ourimbah with the trail making the most of the contours as it wound past rocky sandstone obstacles and included many dips and gullies. With quite a few blind corners it took quite a few laps to work out the optimal speed to hit each section. Even still, with lots of sand around I was choosing safe speeds to ensure I stayed upright. The single track was grouped together for this race. It seemed like there was 1km of fireroad, followed by around 6km of single track finishing with another 3-4km of fireroad. This worked out well for feeding and gave some easy kms. In fact, I think I almost hit a PB for the amount of kms covered in a race with the Garmin recording 244.5km (http://www.strava.com/activities/165204010).
For the first 3ish hours I rode around with Andrew Lloyd who I knew would be my toughest competitor. Around the 3hr mark Craig Gordon, racing in a team of 4 came flying past. I tried to convinced Andrew to chase his wheel but he chose the sensible option and let me take off. When I did catch his wheel I knew I was going a little bit too hard for a 12hr but, I was enjoying the chase and chance to ride with a legend. Coming through transition he tagged with a team mate that I rode past before the first single track. Shortly later I was caught by a flying Trenton Day who was also racing in the 4 man category and his pace was pushing me outside of my comfort zone. Trenton was on a double lap and I was surprised to see him drop off my wheel on our second lap together. From here I was on a mission to chase down the 2 man team of Gary James and Pete Selkrig. By around the 5hr mark I had snuck past however, I expected these two riders to work hard to chase me down over the next few laps.
I was enjoying riding my hardtail on this course and had the plan to stay on it until the end of the race. When I did get on the duallie it felt quick even compared to the lighter bike. Obviously the new wheels made a huge difference. The narrower handle bars made riding through the tight single track far easier and the bike made riding feel relaxing. I didn't have much consistent company during the night however, Gordon eventually caught back up as he aimed for the fastest night laps. On my second last lap I caught up to Andrew Lloyd who was in second place and rode out the rest of the race with him. I was so glad the temp didn't drop too low which meant no stopping for arm warmers. Coming in with the chance to do another lap I opted for an early warm shower and bite to eat. 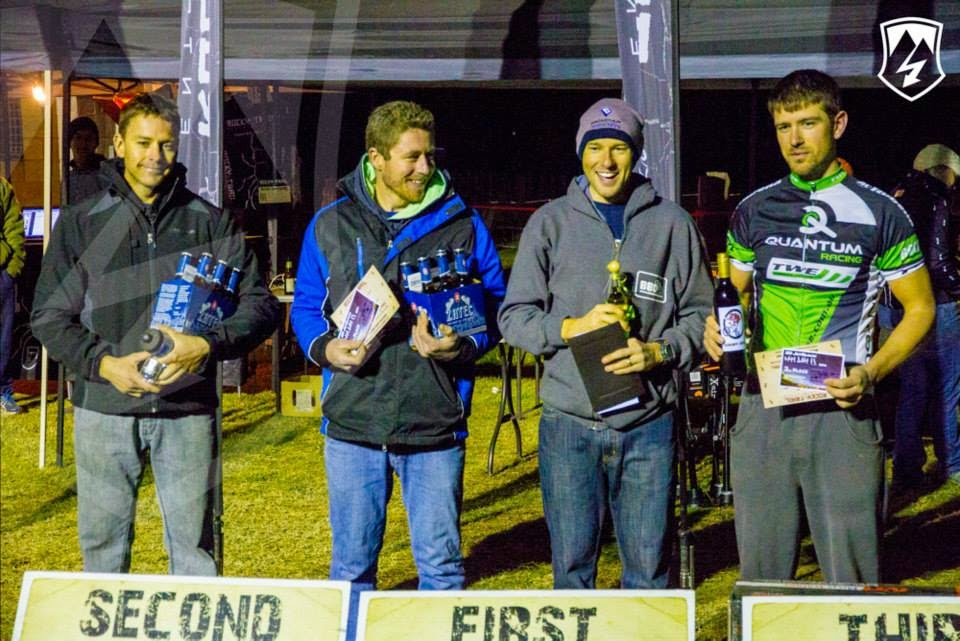 I need to thank the following people for making this race possible:
Kath and Kedan (Bike Bag Dude) for the lift out, pit setup, coffee and French toast!
Trevor Creighton for keeping my bikes running perfectly
Shotz nutrition for making essential caffeine gels and electolyte
Continental for the new tyres
James Estate for putting us up in a warm room Saturday night
Jetblack Prooducts for supporting this race and me
Rockytrail Entertainment for running another quality race