After winning the 2011 Australian Marathon Championship I had planned on competing in the Marathon World Champs with the chance to race in green and gold. Archie was due to be born on the same weekend so I couldn't make the most of the opportunity. This year when I won the Australian Marathon Championships I was pretty keen to try out a serious UCI race. After looking at airfares and logistics this race was out of the question until a few financial sponsors jumped on board.

When picking where to say I had planned on heading straight to the race location two weeks before the event to get familiar with the trails and climbing involved. Marty from Pacific Survey in Port Macquarie lined up some fantastic accommodation with one of his friends in Neustift which was a perfect training location for 10 days before the event. There were several 1000+ veritcal metre climbs in the area and the location was around 1.5hs from both Kirchberg where the marathon champs were held and 1.5hrs from the Hero Marathon in Italy so very central to where we wanted to be.

When we arrived in Kirchberg on the Tuesday night before the event the town was buzzing with big wheeled bikes. On Wednesday lots of the team cars started to arrive and I wasn't the only one out practicing the course. With sleet falling on the top of the climbs I couldn't find the motivation to ride more than 70% of the course. Thursday I pre-rode the remainder of the course and my legs were flogged even from such a small ride. Friday was a day full of carb loading and keeping the legs up in an aim to increase recovery. The managers meeting / race briefing was an eye opener. There were so many highly organised teams. I couldn't see many riders at briefing at all, they just sent their mangers!

Saturday was race morning and I didn't feel keen to ride. On the start line it was freezing and I knew the mountain tops would be 7-8 degrees colder with a significant wind chill from the snow. Looking at all the professional setups I knew it was going to be a battle to break top 100. I was trying to check out what other riders were going to wear. Was it arm warmers, windvest, leg warmers etc? There was an assortment of options being warn and I just went for the arms.

The race started at a pace that I could only describe as a crit race sprint finish speed. We were sitting between 45-50km/hr and I was tucked in and, at times, felt I was going to get dropped. I managed to stay with the group for the first 8km to where the first climb started. I had decided to go harder on the climbs this week compared to last weekend's race and felt like I was climbing mid field. Riding across the timing mat at the first feed zone I was in 83rd already 8mins off the pace after just 60mins of racing. The next part of the track was undulating across the mountain top and I just missed a fast group to get on the back of. Heading back down the first decent (95% fireroad) I managed to jump back on this group and work with them along the course until we hit the second big climb. My support crew managed to get to this next feed station. From here I aimed to not let any rider go past me. This worked well and I was picking up a few position even on the climb!

At the top of this climb I also got to see most of my support again who were practising their feeding techniques with the local cows much to the entertainment of the other support crews. Apparently they were getting more cheers than the top riders. From this climb riders hit another fireroad decent before negotiating 2km of singletrack. While the track wasn't clear the whole way down, I'm glad I did a pre-ride so I knew which lines to take. I'm hoping some of the video shows how close I was to dying down this section as I screamed at a walking rider who wanted to get in my way and almost forced me off the side of a cliff!

The end of the this single track signalled the start of the third climb and once again I tried planned to ride with anyone that tried to get past. This worked well, and at times I felt like I was riding too hard. The last few kms of this section had most people walking and I made up a few spots as I made an effort to ride. I had tried to put a smaller chainring on the front just for this section! Meeting up with my support again at the top they had counted 55th position. I was now doing battle with 25km to go to make top 50. The next section had another small climb before a long fast 1000vm fireroad decent to the bottom of the last mostly tar climb. I had caught 50th place by the start of this climb who made an attack at this point. I couldn't go with him and so was sitting in 51st with 10km to go. Looking up this final climb I could count 10 riders over 2-3km. I made it past a couple and I was confident I was now up to 47th. My plan now was to try and hold position as I worked to the top of this climb. With a final 5km single track decent I wasn't expecting to go past another 10 riders. I guess this was the only sustained technical section of the course and it had quite a few Elite riders walking. I was quite surprised and I'm stoked to hit top 40 considering the nature of this course.

I need to thank lots of people for supporting me in getting to this event and during the race.

Firstly my family: Dad, Mum, Mat, Jen and Archie. Thanks for supporting me both on and off the track. Allowing me to train etc.

Gordon Street Cycles - for always making it a priority to keep my bikes on the road and taking particular care to ensure they stay trouble free.

Marty (Pacific Survey) - Thanks for micro-managing and chasing up some accommodation and financial support.

Big Bag Dude - Thanks for coming on as my major financial sponsor for the year. I'm looking forward to do some crazy big training rides now I'll have bags to carry everything I need to be self-sufficient.

Thule - I'm really looking forward to working with you this year and getting my car decked out was some very cool products!

Jet Black Products - The Egg Beater pedals were great for the mud, the 29er race gold wheels saved me many times

WEMBO - for assistance with travel to this race. WEMBO is the main focus of the year for me.

Hastings Valley Mountain Bike Riders - Thanks guys for the assistance with travel to this race. It has been greatly appreciated.

Conti tyres - with their 650b tyres available and their cheaper than Wiggle pricing from www.pursuitsports.com.au they are now not only the best tyres but the most affordable.

Adidas eyewear - provided me with some extra green frames to match my green and gold kit. 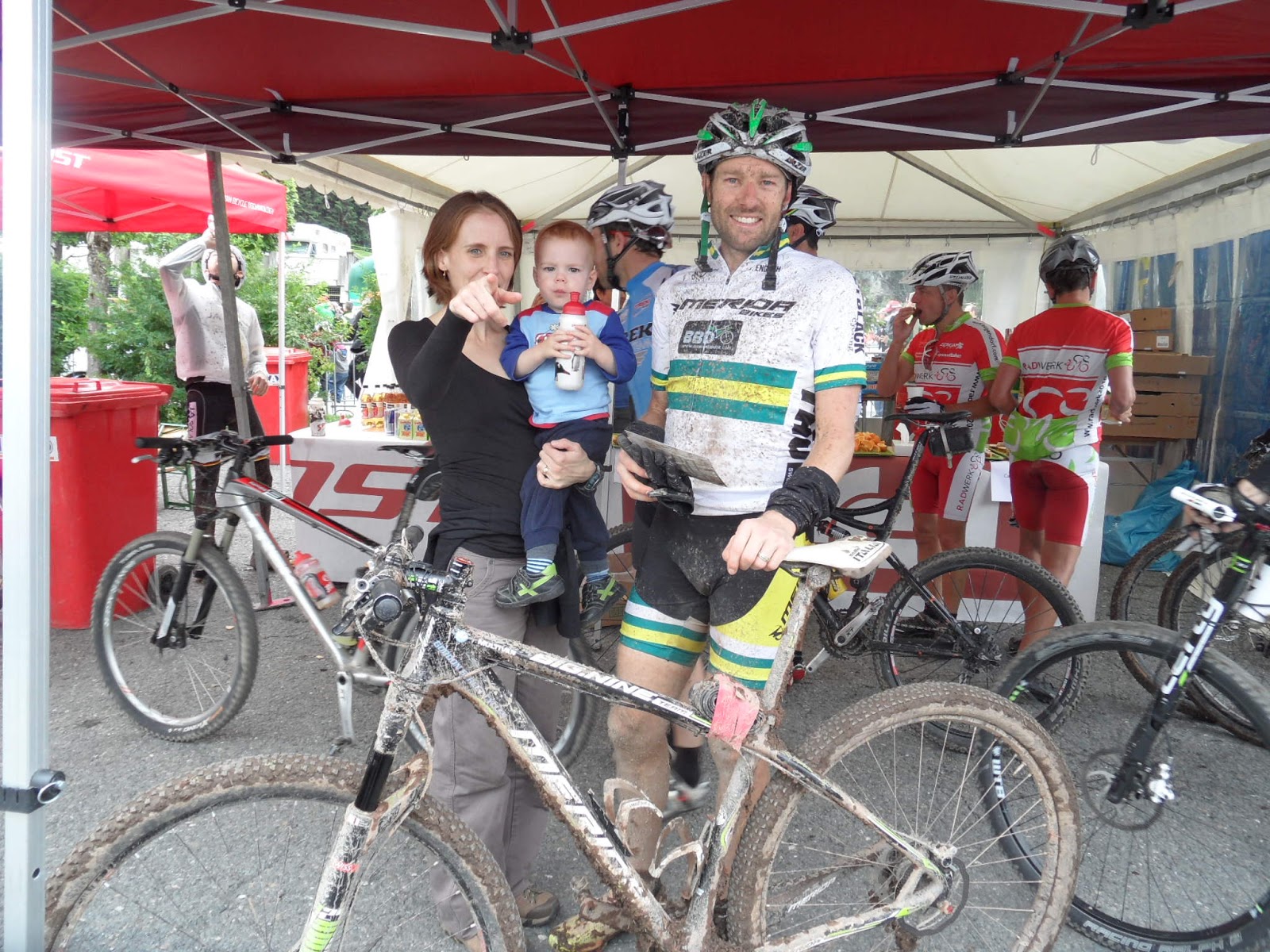 Northwave Shoes were an easy way to save some rotating weight with their Extreme Tech MTB model.

Lazer helmets have been great to me this year as I seem to be destroying a few helmets of late!

A BIG thanks to OnTheGo for getting my kit made up in time. Very quick turn around boys!