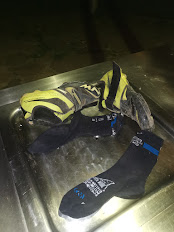 The Coudride is a 1000km bike-packing event that takes riders through a course of very mixed terrain. Because the course is so mixed, people choose a bike that they feel may give them an advantage. I just used my Pivot Vault as it is a super lightweight gravel bike that I recently completed the Cloudride 500 on. After previously doing the course in an anti-clockwise direction in 2019, I was keen to do this event heading in the other direction, this time aiming to complete the whole event without assistance!

The ride leaves from Bentspoke Brewery on Good Friday at 8am and this year there were 26 riders attempting the loop.

The event started off in already hot conditions and I consumed several bottles early on in Canberra to Bungendore section. My first drink stop was at Jerangle Public School but the water tasted a little funky and I held off drinking too much until I hit Cooma where I phoned through an Indian takeaway order and picked up a couple of caffeinated beverages for the trip. I ate half of my dinner out the front of the shop and the other was consumed at a park in Nimmitabel where I could charge devices, sit down in the dark and warm my socks and shoes on the BBQ. 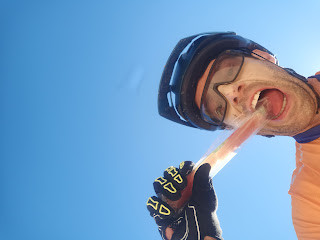 I spent the first night in Cathcart where the community hall was left unlocked for us with the option for a warmer night and charging options. I managed to get two hours of sleep before I woke up cold and continued on my way.

I reached Bombala for breakfast and the chance to find a decent-sized supermarket. I grabbed a loaf of gluten-free bread and made up vegemite and cheese sangers which lasted for around 12 hours!

From Bombala the road headed up, with a few pinchy loose climbs that were only passable on foot before a loose descent and off track navigation to the Delegate River. The river was still slightly elevated and I chose to take shoes and socks off for the crossing, slipping once to be fully submerged in order to save the bike. Upon crossing there seemed no option but to push through a thistle field that was 20-30m deep. Not far past the crossing was the local trail angel Ralene, offering various snacks and I snuck away with a couple of poppers, water and a zooper dooper! 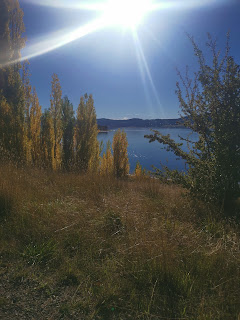 The next town for a stock up was Delegate where I purchased a couple of extra 1.5L water bottles so I could carry just over 4L of water.

Tubbut was the next and final decent water opportunity before Jindabyne, so I filled up, talked to the holiday makers and went off into the night through the crazy hike a bike section in the Tingaringi Wilderness. I’m interested in seeing if I can ride some of these trails with a normal geared mountain bike as I had no chance on the loaded xc!

I wasn’t sure how close I would get to Jindabyne but when the head nods became too frequent, I camped next to the Snowy River where I snuck in 2hrs of sleep before riding again and reaching Jindabyne at about 8:30am. I was assuming a supermarket would be open on Easter Sunday but the best available was a coeliac unfriendly bakery so I grabbed some Snickers bars and kept riding towards the mountains. I possibly should have stocked up on a few more lollies as I underestimated how long the ride across the top to Batlow would take. I did reach Batlow eventually, a little tired and without setting an alarm had a comfortable 4hrs sleep.

I left Batlow around 5am as the sun started to come up in time to do battle with what felt like kilometres of blackberry bushes. It is hard to describe how bad this section of the track was. Initially, I was avoiding the plants, but, as the trial progressed so did the density of the bushes and with lots of trial and experimenting, I managed to push through the bushes, stomp and ride into the bushes with no flats (thank you Stans Notubes and WTB Tyres!). 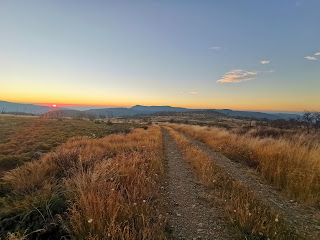 The rest of the ride into Tumut was great as I menu planned for the final 170km leg back to Canberra. I grabbed another loaf of bread, bananas, several snacks, and a couple of caffeinated drinks to get me going at the local Coles. The temperature through the next part felt hot and I consumed lots of fluid and took any refill opportunity before the temp started to drop on my descent down 2 sticks towards Canberra. I was grateful to be met by several riders who rode me in the last 30kms to the finish back at the Bentspoke Brewery.

There were heaps of decisions I had to make in the lead up to and during the event. These are some of the things I considered, and suggestions I would make if you were to consider doing this event.

I saw several bikes out there. E-bikes, 29er dual suspension, gravel bikes and hardtails. I had the choice of a fully ridged Pivot Les 29er hardtail but went for the Pivot Vault just as it has been the bike I have been riding lately. 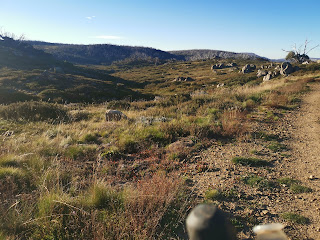 I just ran what was on the bike and I know that it works. A 40mm nano tyre on the front and 37mm Riddler on the back. If I had the options available, I would have run a 45mm Riddler front and back for more comfort and footprint / grip.

I didn’t set an alarm all ride. This was deliberate, as I planned on getting to sleep around 2-3am and just sleeping until I woke. This was after 2 hours on the first 2 nights and 4 hours on the last night. I used a Sol Survivor Bivvy and sleeping bag liner as my sleep system. I didn’t use a bed mat as that would be far too comfy!

I use a Klite Dynamo light on the bars and a Light and Motion 1000 on the helmet. I would have loved the fast charge version of these lights. The Klites are far brighter than I need but give a massive area of view which made it feel safe bombing downhill in the dark.

I used old Northwave shoes. They were already ripped and super comfy.  I deliberately choose something with a Velcro top to avoid having a retention string digging into my ankles when hiking. I did swap out socks through the event and took off my shoes and socks when crossing rivers or creeks.

I used a cheap 5000ma power bank which was charged via the Klite USB charger. I made the mistake of having a loose micro USB that kept jumping out over rough terrain. I’ll have to improve this connection next time. I only charged from the wall for 2 hours at Cathcart and around 20mins at Nimmitabel. The rest was by dynamo.

Riding gluten-free was a serious challenge over this course. I found a safe Indian option in Cooma, then relied on a supermarket at Bombala and Tumut for resupply. Everything else except for caffeinated beverages and Snickers bars I carried from the start. I had a range of Gu products which included stroopwaffles, gel, including a 15-serve bag and protein powder.
I also could carry over 4L of fluid which I did at times.

I used a Garmin 530 for navigation and I’m sure I just needed to do some more research on how to set it up properly. I found after 200km the base maps disappeared, then the turn by turn disappears, then I just had an off-course message displayed and had a single line to follow for most of the event. When I did have a base map, I was often following a pink line that was on top of a magenta line which was almost impossible to see. Even googling support pages online, I couldn’t fix this. In future, I would look at trying a Bryton or Wahoo as the Wahoo is great to follow with the dots showing the underlying track.

What I would change:

Tyres up to 45mm
Gears – from a 11-40T on the back to an 11-46T and an XTR rear mech rather than the GRX that supports up to a 42T. The DI2 was great, I didn’t need a charge over the distance.
Nav – either get the Garmin sorted or try something that is easier to follow.
Feet – the trench foot started to get me again, so next time, I might throw in some baby powder to keep the feet super dry. I would also wear shoes through the creek crossing for safety and stability.
Blackberries – if I did this course again, I would take Velcro straps to strap bark or other protective equipment onto my legs to prevent them from getting destroyed.

Apples along the side of the road on the public side of the fence was a welcome treat on 2 occasions.
The 2 x Trail Angel re-supplies.
The TT bar position providing serious pressure relief off the seat.
The sunset through Kosciusko National Park.
The crew to ride into town with.