With influence from Maisey at Ghost Gum Bikes and Kerry from K-lites I signed up for the Hunt1000. After the Cloudride 1000 at Easter, I  made a few changes to my setup. As extra items, I packed rain proof pants, a Sea to Summit Spark III sleeping bag and a rigid fork which saved weight and allowed for 2 more bottles to be carried. 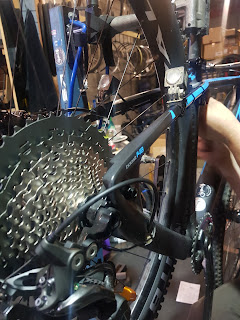 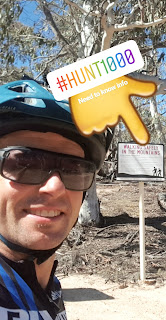 I'll break the event down to 4 days, as that was my plan. 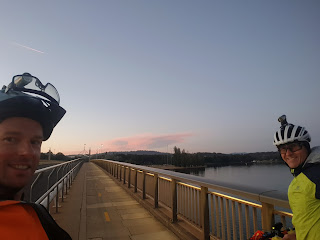 Richard and I originally planned to leave Canberra around 3am. After a late night buying food, dinner and sorting bikes we managed to leave the official start location at around 5.15am. As we rolled along, there were lots of initial adjustments to be made, bags, stems. light mounts. The first part of the trip was pretty fast going. 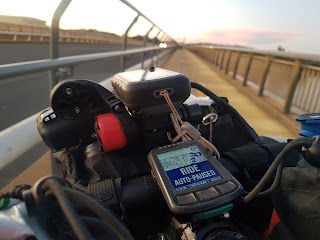 Once we got out of the Canberra city we were set along roads that would be a training regular route if you lived in the area, very quite with long climbs. With an aim of hitting Adaminaby by mid-morning, an early afternoon arrival meant we were in for a long night. 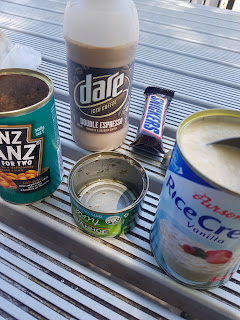 I refuelled with calorie dense food items with plenty of carbs and protein which I consumed beside a few other riders we had caught. 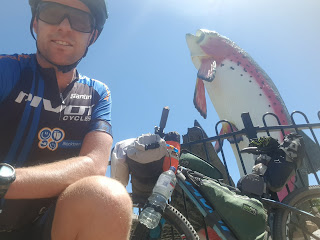 We continued on along the Snowy Mountains Highway before we turned off onto progressively slower going tracks. 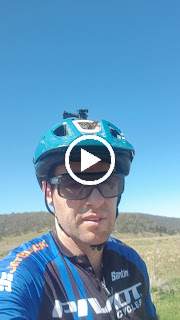 It was hard to describe how slow the going was through some of these sections. The most painful track was called "Grey Mare Trail". It was like you were riding on grass the whole time looking for the occational patch of dirt which allowed a bike to roll briefly. 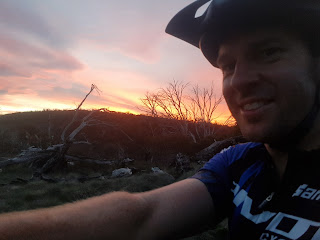 The trail eventually improverd with a 1400vm decent down to Geehi hut. We rolled up to the hut and found a fellow rider who had already bunked down for the night. The 3 hours of sleep were greatly appreciated! 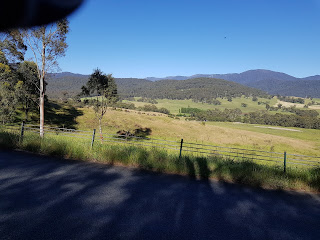 The first part of this trip was mostly on tar for the first 30km before hitting a gravel road that led us to the Murray River. By the time we crossed the river, the sun was up and so was the tempreature. It would have been great to be at the Tom Groggin campsite overnight so we could have started the first ridiculous hike a bike in the cool of the day.


The hike a bike had 1300vm of climbing over 18km. In the whole section there may have been 1km that could be ridden, the rest was far too steep. Once we descended and got onto decent roads, we had 60km to and 3hrs to get to Omeo before the shop closed. I just sat on the front into a significant headwind and with 15km to go, went solo to make it to the shop in time for its 7pm closure. 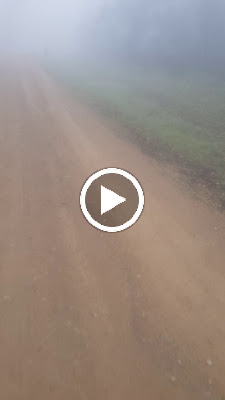 Omeo is off the main track, but is a detour worth taking, especially since our last food stop was around 250km earlier. At Omeo Richard was pretty busted, and after meeting with other riders, the road closure for fires in the area meant we had to bypass Falls Creek. Richard needed a good sleep so we stayed in the pub rather than pushing on for another 5-6hrs as planned.

Day 3 started with a diversion that required over 2000vm of climbing over 70km. With a rainy start, the full water proof kit was on including rain pants. The highlights of the diversion were the baby Emus that we chased for a few km and the most technical downhill of the whole course. 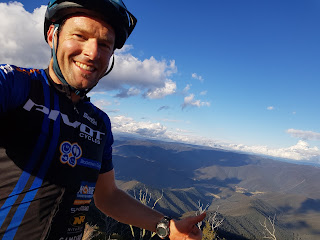 Dargo was only 100km from the start which we hit close to midday. After a re-supply of foods and fluids we headed up the valley towards the Billy Goat Bluff Trail. The temperature increased during this time before a hail and torrential downpour sent us hiding under a bridge for shelter. By early afternoon we started the Billy Goat Trail. Towards the top I knew I was running out of tim to make my Sunday flight, even with a short cut. I had to leave Richard and go solo. We had already planned on riding through the night and that is what I kinds of did. I was eating NoDoze tablets like they were lollies but had 3 X 10mins naps on the gravel road between 1am and 4am. I arrived at Walhalla before 7am and everything was closed. I still had 220km to travel and 12 hours to do it in which meant averaging over 18km/hr. If I knew the road was good, I would have had a go at it. Unfortunately, I couldn't guarantee I would make it in time, so took the shorter 50km short cut on the 4th day.

As I left Walhala just after 7am, I started heading for Moe. I rode through Erica looking for a cafe, but found a local who was spot watching and spent a good hour having a stretch and re-hydrating. While I didn't make the full route, I wasn't too disappointed I missed out on the final section, as I had 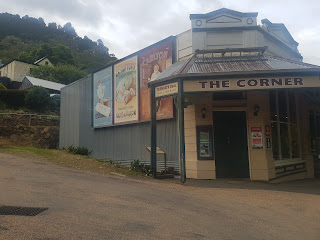 already had to modify the route due to earlier bush fires.