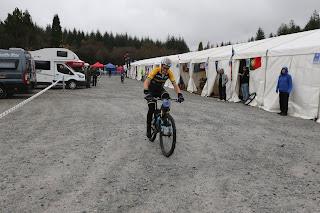 It's really hard to know where to start with this race report. Do I start with thanking my sponsors that jumped on board to help me get to Scotland? Do I start with the decision making around the timing of my surgery to fix my endofibrosis? Or do I just get straight into the logistics involved with simply getting to the start line?!
Scotland was seriously only on the cards through my very generous sponsors and I am very grateful for each of them. In past years when I have won the World Championships, the prize included an airfare to the next event. In 2017 I missed this prize so have relied on my major financial sponsors: Rohr’s Home Hardware and Blacktown Family Dental. Also Total Tender Services, Your Massage Therapist and Helen Jackson have come to the party to generously cover most of the expenses associated with the trip. I should also thank both my parents and Jen's parents for looking after our kids so Jen could come with me.

Surgery
It’s hard to be competitive with one leg, so surgery was an important part of the big plan. Unfortunately, I had to serve a waiting period with my health insurance, so July was the earliest I could go under the knife and provided the longest rehab time possible...3 months before Worlds. I used the Australian National Championships as a final tester of fitness and entered the 24 Hour Solo World Championships in Scotland soon after.

Getting to Fort William 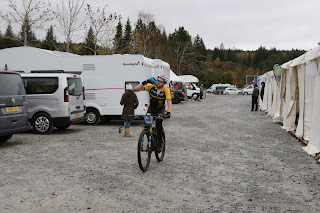 There were plenty of options for getting to the race but, we ended up opting for a motorhome. I have seen lots of people use motor homes and I thought it would provide my support with easy access to power, water and most importantly, heating. Heating both for foods, fluids and crew. The drive from Manchester took around 8 hours each way. This meant rushing past some amazing things to do and see. I wish we could have spent an additional day or two making the most of our time overseas!

The track
This was similar to the 2014 event that I did. I just can’t remember so much climbing. If the trails weren’t heading down a rocky downhill, the track was heading up. Some of the climbs were nice and gentle, it was the loose and slippery steep sections that caused the most issues.
The track was quite interesting however with so much variety. From slippery rooty sections to bridges, from smooth flowy single track to technical bermed corners that took careful planning to ride well. 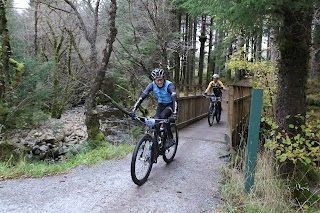 I had tried to get hold of a 30T chain ring to match my 11-40T rear cassette but unfortunately it didn’t arrive before I had to fly out. The best I could find in town was a 32T but that still required working far too hard up the steeper pinches.
Rain was the other concern I had. I was waiting on a Sealskins order but ended up making a purchase locally. It seems Sealskins are the only way to go over there!
I have never used a mud guard before. I was trying to source a decent one in Australia however the shipment didn’t quite arrive in time but luckily Matt Page (who drove up from Wales to help me) managed to grab a set of really good guards from Rapid Racer Products.
I managed to borrow some lights Saturday morning from the event sponsor Exposure Lights as JetBlack Products announced last week they aren’t doing Niterider lights any more. Matt Page has had years of experience using them so it was great to use something he was familiar with.

The race
On the start line I was freezing. I had almost every Santini product I own on... Behot leg warmers, undershirt, Behot arm warmers, Sleek Kit, Guard Jacket, booties, Lazer helmet with rain cover, a beanie and a hot water bottle tucked down my front. 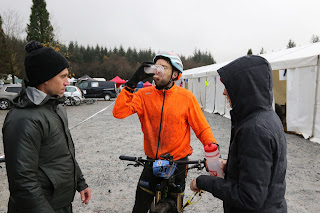 I ditched the hot water bottle before the start and should have also left the rain jacket. I warmed up very quickly! I had stuffed my jacket in my rear pocket by mid lap and was quite warm. If only this feeling lasted longer….
The pace from the start was fast as per usual and I had to settle for around 20th heading into the first single track. Unfortunately, there were quite a few riders that couldn’t ride the single track as well as the fire road. After a couple of laps I dropped my seat a little to try and manage muscular pain on my weak leg. Apart from the first 3-4 hours, I didn’t really notice muscular leg pain.
I was getting race splits from early on which was helpful, I was initially losing around 1-1.5 mins per lap. Once I caught up to Taylor Lideen who rides for Pivot I stayed with him until lap 15/16 where he caught up to the race leaders and I decided I should take the race a little easier. I just didn’t feel strong from the start and knew I was pushing it a little too hard given my lack of training. Normally leading up to a serious 24hr I would look at linking together several big weeks but unfortunately, with work commitments and recovering from surgery, I wasn’t in the form to be super competitive.
For the rest of the night I took a conservative approach with my main aim to stay upright and just hold on to the 3rd position I was sitting in.
During the night I got to try out the Exposure Lights systems. Matt had them setup so I needed to swap out the helmet light every 2 laps and the bar light much less often. The bar lights were quite clever, they would save power on the climbs by dimming and turn up the brightness on the fast decents. I normally run my lights on low beam permanently, so this was something great.
At around 6am when the rain really started belting down, I was pushing it a little too hard around one of the fireroad corners and had a good slide out. It took me ages to get back on the bike, it really hurt. The next 4 hours were quite tough, the pain in my knee became a constant ache, my forks were too stiff at 35psi and were only getting around 20mm of travel, I was freezing cold again and I was scared off falling off again and hurting my knee.
After 10am I checked the laps times with my support crew and we worked out I could stop, have a shower and warm up and get my knee stitched up, ready to go back out for a final lap if necessary. We reassessed the positions at 11.30am and I was safe to stay warm and dry. 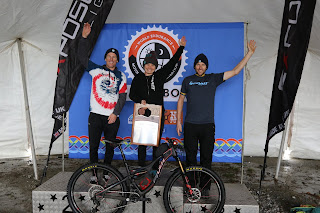 The bikes I used for the race were great, the Mach 429SL was a good choice. The Elite Female winner and runner up Elite Male were on the same bike. My bike has Shimano DI2 XTR, Stans Podium Wheels, Wtb Ranger Tyes and Saddles, Mt Zoom bars and Stages Power Meters.
Getting home, was another story…