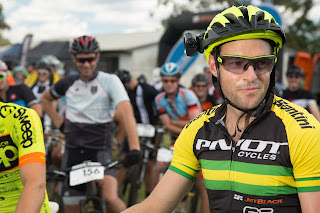 As a Jet Black Sponsored riders, this is one of the races I love to be at. It gives me a good chance to show off some of the bling products that Jet Black import whilst in a fun filled environment created by Rocky Trail Entertainment.

With the race being 4 weeks out from the WEMBO 24 Hour World Championships, it was also a chance to play around with a few different strategies. These included some different nutrition ideas (which included hot cross buns) and a change of glasses thanks to the new photcroatic evil eye glasses by Adidas. 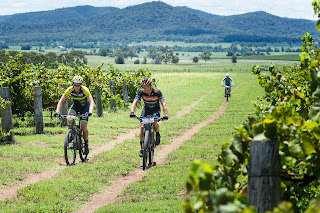 I have used these glasses in the past but not with the new lenses. This was the first 24hr race that I have done without changing glasses at all!

I was fortune enough to have the day off before the event to travel down so I had the chance to run a few line selection clinics. I quite enjoyed the chance to help pick some lines however, I can see some real benefits in just having one on one or a much smaller group to assist individual riders to work on specific areas of weakness.

While I was doing my first lap things got a little crazy back at camp. Out in the bush it did start to get a little torrential but nothing compared to the cyclonic conditions back at the camp. It seemed anyone that had a tent up lost it. Tents were being blown everyone and there were now many people without a pit setup. Luckily Jason Moxham and they guys from Fizo managed to move vans to block wind and save the their tents so I still had somewhere to feed from! 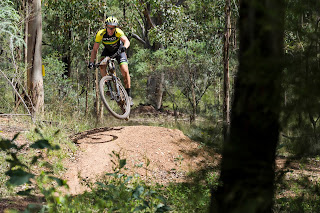 The rain pelted down all night however, in the morning the sun was out and the ground look like it survive the volume of water. With cameras mounted it was time to start the race in quite warm conditions. Cory Wallace was here at the race for the 6 + 6 and with a couple of gun teams either doing the 6 + 6 or 24hr I knew the start would be fairly quick. I felt like I wasn't holding too much back at the start and watched quite a few riders ride away from me. Its great to look back at the video and watch as people charged off the front before blowing up and fading out of sight. 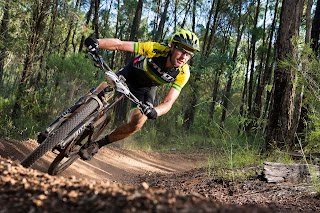 The track had be changed only slightly since previous events to include an additional km of double track which allowed for riders to get sorted before the single track started. Once in the single track there often wasn't easy places to pass so this was a much welcomed addition. I had thought I would try and stay with Cory but after a couple of minutes I knew this wouldn't be happening. That is until we got to lap 2. On lap 2 he seemed to settle down a little, mostly as he was starting to become aware of the 37 deg temperature. I don't really mind the heat and so I just tried to get into a comfortable rhythm and each lap looked to take more efficient lines. After doing my level 2 mtb coaching course, I have been inspired to lean further forward when cornering to help the front tyre grip and I was enjoying testing how hard I could push my tyres. 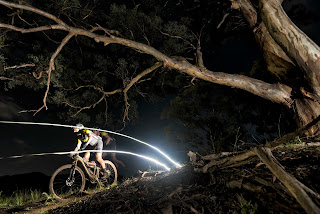 On the 5th and 6th lap, Cory started to take a more conservative approach and I ended up riding solo from around this point.

I really had fun doing this race, I guess as Sam Moffit was taking it easy on me it really took the pressure off so that I could just have fun. During the night I just threw on a helmet with lights already attached and strapped on my battery before taking off. It was interesting to go back and see my lap times as I took some very casual pit stop from time to time. During the night the thing that really stood out to me was my inability to stay awake. I was struggling. At one stage my support crew made me a coffee that was so strong it had the consistency of a paste. At least it worked! For breakfast I had time to smash 4 bowls of Crunchy Nut Cornflakes and a change to brush my teeth, what a luxury! 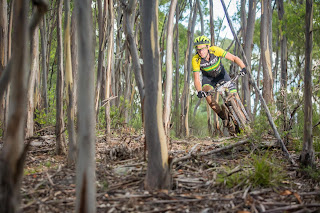 During the morning Cory was able to join me again for a few laps and we both took a more casual approach.  This meant we could spent time riding with others and allowed for a great time on some pretty cool track. I' m just keen to come back again next year and have the same amount of fun all over again!

A big thanks once again to Rocky Trail Entertainment for putting on the event. Jet Black Products for sponsoring me and the event. Jason Moxham and the Fizo crew for passing me all sort of interesting nutrition options and Jen once again for looking after the kids.

** A big thanks to Gilbert Romane for the pics. He did a great job!

If you did want to see the vid of the first lap: