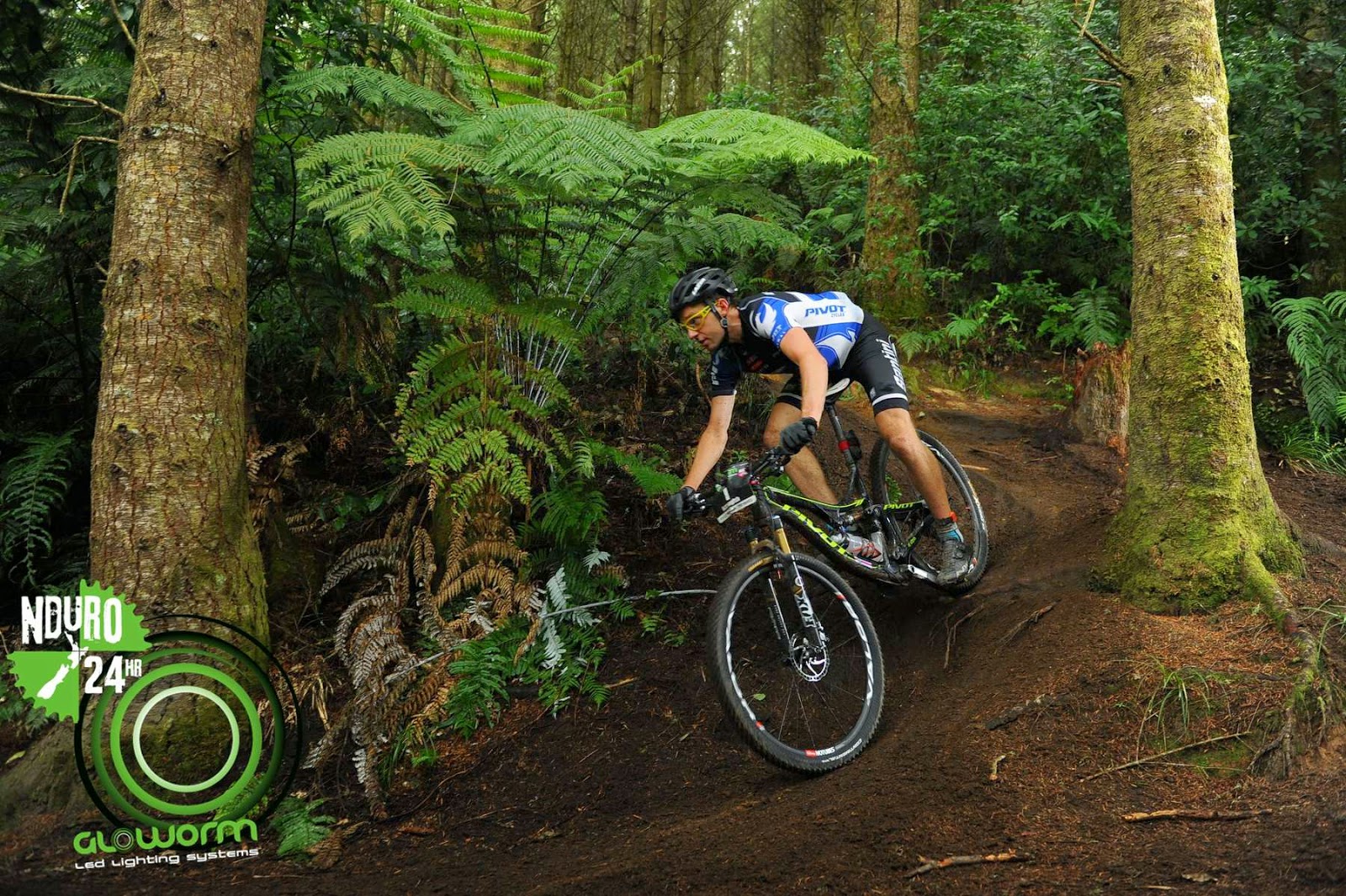 This race really started from the 3pm bell at school. I had to check the bike in at the airport during my lunch break so that I could walk out onto the tarmac at the Port Macquarie airport for a 3.30pm departure. On arrival at the Sydney Domestic Terminal I had the challenge of getting across to the International Terminal and had around 2 hours to do so. I chose the cheapest option being the T Bus and arrived at the Air New Zealand check-in counter with 1hr 20mins to spare before departure but soon realised I had left my bag (with passport) on the T Bus. Air New Zealand weren't stressed and claimed I would have heaps of time to get checked in after the bus returned on its next pass. When the bus did return I had 55min before the plane was due to leave and the check in counters were closed. Either way, after some negotiation I was instructed to run and told I had 10mins to get through security, customs and to the furthest gate at the terminal or my bags would be offloaded. By the time I got through customs in Auckland, I was greeted by Jason Moxham (Macarthur Design and Drafting) at around 12.30am. We arrived in Rotorua at 4.00am where I punished a bowl of cereal before getting a few hours sleep. I woke to the sound of consistent rain which I wasn't excited about. Jason assembled my unridden Pivot Mach 4 27.5 and we arrived at the race venue around 11.15am ready to setup. I quickly configured my new Garmins, threw on a camera and made my way to the start line. I didn't see any names on the list that stood out as a serious threat so I took a fairly casual approach to this race. 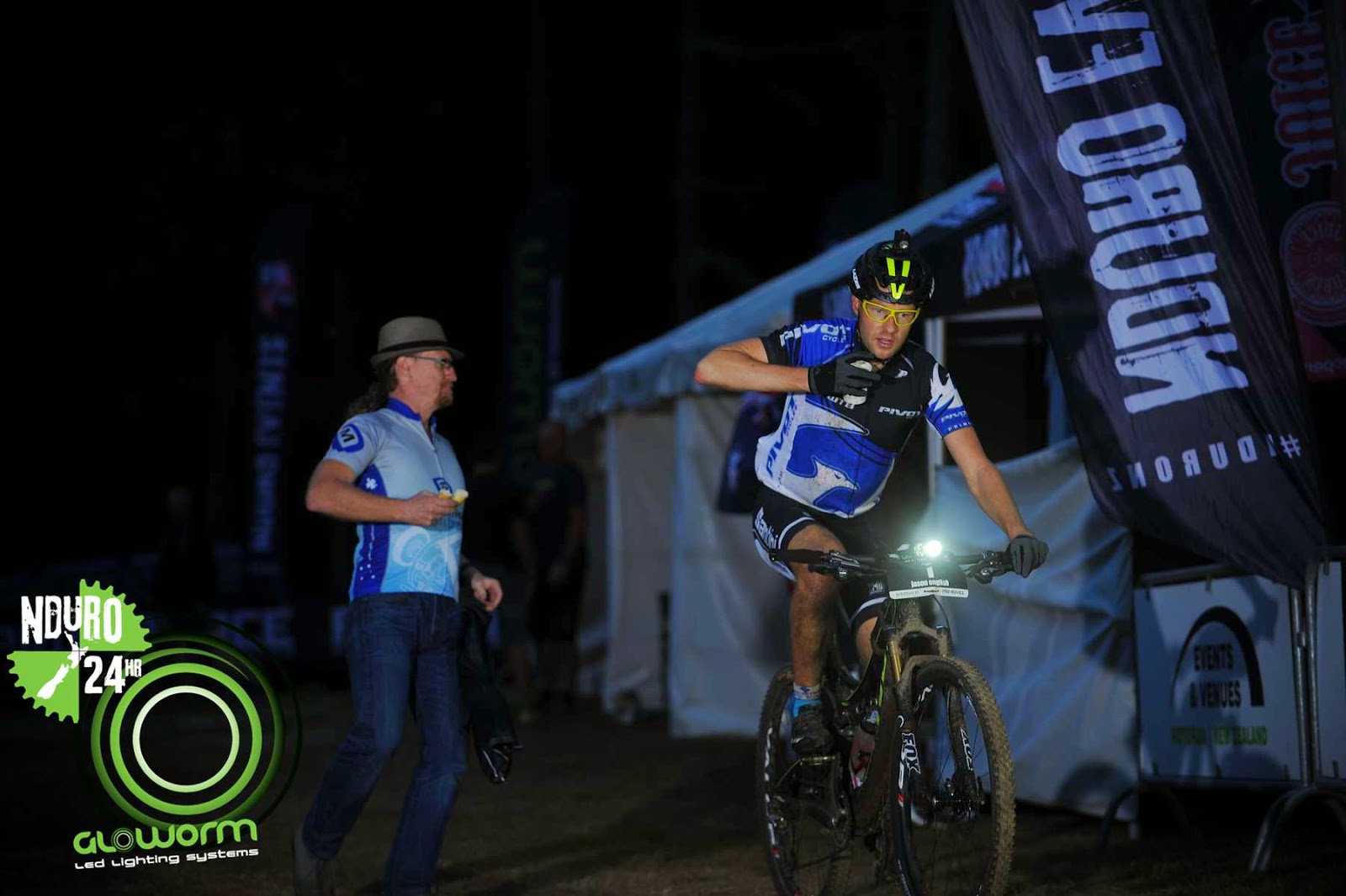 After the first lap, I stopped to put more air in my tyres that had slipped down to 7-8psi in the front and 18psi on the back. With a 27.5 I was hoping to keep between 27-28psi in both tyres! With the slight drizzle and 100% humidity I needed to swap glasses out each lap. The first couple of transitions felt a little slow as I played with shock pressure, brake lever position and general bike setup. At around 5 hours into the race I was having heaps of fun however, heading past transition, I got a split to first place. I assumed that first place meant first overall position in the race which would have been a team. I was wrong, Adrian Retief was lapping 2 minutes a lap faster that what I was prepared to go and had built himself a significant lead. I managed to catch him before night fall and tried to follow him around the course. I was amazed at how quick he was hitting the downhills on his hardtail. I was working a lot harder than him as I had to make up lost time after each decent.

Just as it was getting dark a gap formed as Adrian had a slower transition and that was the last time I saw him. I tried to be more consistent with my transitions and kept expecting him to rejoin me. I got informed at around 2am that he wouldn't be finishing the race after an argument with a tree. I was looking forward to riding in the dark and I'm glad a got a few hours to learn the course first. My Niterider lights were fantastic. I stopped once for a battery swap as I generally run them on a fairly low setting. I found the night wasn't cool enough to require putting on warmer clothes even with the intermittent drizzle. The high humidity kept me sweating all through the night so I kept up my intake of Shotz electrolyte. 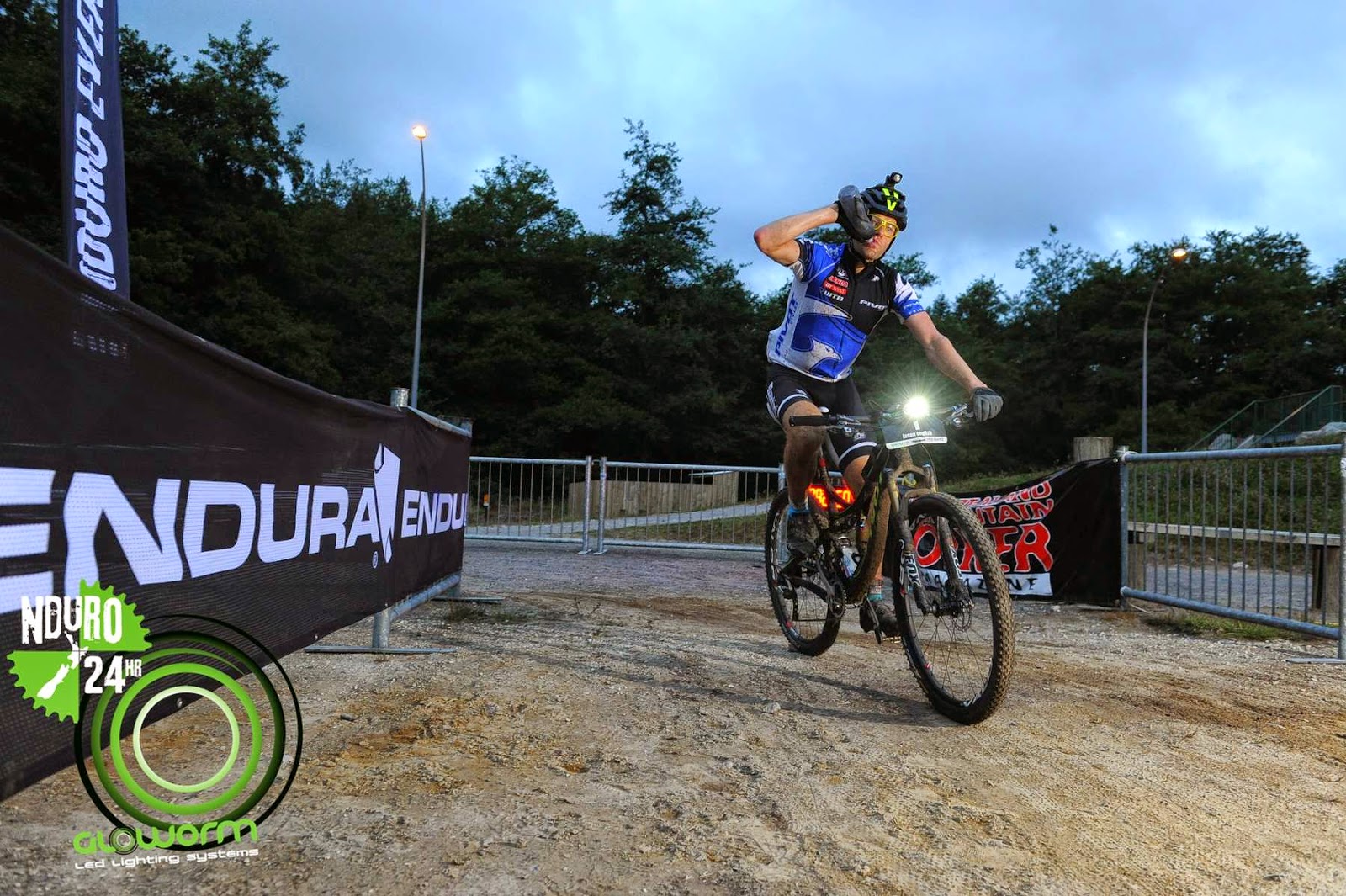 The Nduro 24hr is run along with a 12hr and 6hr event. This meant that during the night it was often a little lonely out in the bush. I did come across some unusually animals that I couldn't identify however, the night didn't seem to last that long. I don't think I turned on my lights until almost 9pm! As the sun started to rise I was around 2 laps ahead of second place. I needed to have at least one lap up my sleeve so I could leave the event centre with enough time to make my flight. By 9am I was 3 laps ahead so I ended up stopping around 10am to have a shower and to help packup. I rolled across the finish line after 11am showered and ready to throw a bike straight in the back of the car! I am so glad I got to check out the trails at Redwoods. While I have ridden part of the course when over on school camp, it was great to see how an event organisor would loop the trails together. I'm really looking forward to the WEMBO 24 Hour Solo World Championships in 2016 and I will make an effort to spend a few weeks before the event in New Zealand checking out some of the other trails in the area but also getting bikes setup! The highlights for me were actually making it to the race and back but also getting to ride some highly evolved trails. While not every corner and section of track was root free and bermed, there were enough sections of flowy single track to entice another lap. I'm just hoping my video looks ok. Jason got me back to Auckland with 2 hours before the flight was due to leave however, when I arrived in Sydney I only had 55 minutes to get to the domestic terminal and onto my next flight with a different company. Luckily Qantas were willing to hold the plane and I got a private shuttle out across the tarmac!

Thanks to Jason for making this event possible for me to attend, the logistics were impossible without your support. Thanks to Darcy and the boys at Gordon Street Cycles for building my bike up. Thanks to Shimano Australia for decking out my Pivot Mach 4 27.5 and Stans Notubes for the amazing Valor wheels. I was impressed how well they held onto my tyres with only 7-8 psi! Thanks G8 for both keeping my feet comfy and supporting me to attend this race.