I have always wanted to do the Willo. I have heard great things about the course and the race itself however, it's an annual event to remember James. I had the pleasure of meeting him on several occasions both through marathon events and I was there to see James win the 24 Hour Solo World Championships in 2008. He was actually the rider who gave up his marathon race for me in 2008 when I crashed into a tree and broke my back. 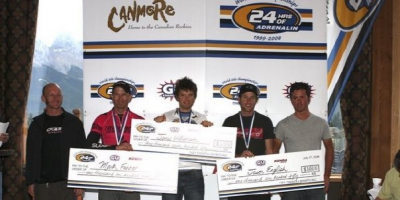 The Willo was the first race on my new Pivot Les 29er. I picked it up Saturday, swapped over seats, handlebars, etc and took it out for a test ride around Mt Annan. The bike rode great. It felt light, fast and it seemed to absorb a lot of the roughness that Mt Annan is known for. I used this ride to get the bike setup but a pre-ride is also useful to ensure all the nuts and bolts are done up tight enough...

I stayed at Jason Moxam's house, just an easy 60min drive from the race to avoid camping in the cooler Southern Highlands. That was a luxury I could get use to. Pre-race, I signed on and went out for a warm up spin. On the start line there were lots of familiar faces and a few riders that had made the trip to Forest to race in the Maverick series. Maybe I should have tried the double up.

From the gun the race pace was solid but I was determined not to be too far behind heading into the first single track. In fact, I ended up almost last as my handlebars came loose and I didn't have an allen key on me. I headed back towards the start were I was lucky enough to find one. By the time I did get back on the bike I had lots of work to do to make up positions. While I was doing track stands behind riders in the first single track, the race leaders were charging off. I worked harder than I should have and almost cooked myself catching back to around 15th after the first lap of three. The second lap I was still with a group in around 10th place and by the start of the last lap I was in the top 10. I managed to pick up a few positions and after a sprint finish managed 5th, still a fair way behind the top few. 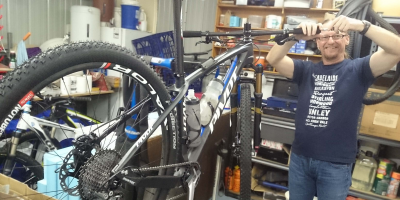 I'm so glad I came down to do this race, I was really impressed with the choice of course and single track. I really need to head down just for an explore some time. I was impressed with the riders out on track. It seemed like everyone was there fun.