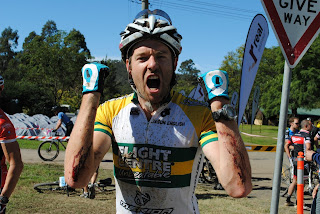 After winning both the Scott 24hr and Solo 24hr National Championships I managed to secure two airfares to the WEMBO 24hr World Champs thanks to CORC’s continued generous support of 24hr solo racing. This race in Italy became the major focus of my training. Leading up to this event I had a couple of marathon distance races which I couldn’t justify tapering off my training for.

The goal of competing in the Convict 100 was to form part of a solid weekend of training as I rode another 90km through the hills after the race. What I hadn’t planned on was crashing really hard during this race and catching a cold during the week after that forced time off the bike when I should have been training like crazy. 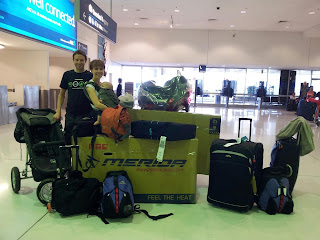 One of the biggest challenges associated with this race was to get Jen, Archie and all my race bikes across to Italy. Getting through the airport was no small feat. 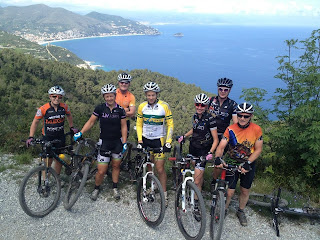 On arrival in Italy on the Tuesday before the race it was time for a quick lap around the track to see what we were in for. I hooked up with a few other Aussies as we tried to figure out where the lap went. In the end we managed to find 60% of the track which had a significant amount of climbing at really steep gradients. This was going to mean low gears to conserve your legs on the climbs with the smarter more conservative riders being rewarded for their patience.

After trying to Google search some of the competition I decided to consider everyone a threat. I had no idea what any one was capable of and with a track with lots of climbing and not much flat and flow to recover on it was going to be a race far different to anything I had experienced. 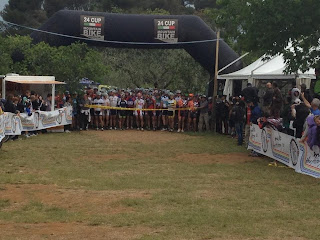 The race started with a run and I was happy to get on my bike second. Twenty meters later the top five riders were sent the wrong way which meant a battle to get past half of the field before heading into the first single track. I managed to work up to 3rd place before moving into 2nd part way through the first half lap. I was quite happy with the speed that Thomas Wildhem in first position was setting and let him set the pace. I was dropping off each climb and I was happy knowing that he was working harder during these times. He was quite consistent with his pace and had reasonable skills on the bike. I found it hard to ride with Thomas as he couldn’t speak English which meant a silent battle. 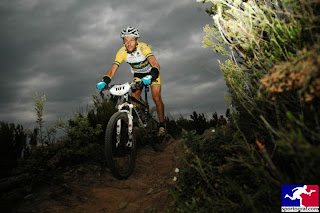 Around 3hrs into the race a small bush grabbed his pedal throwing him onto the ground at around 15km/hr which looked like it would have added an extra pain to the already aching muscles. Around four hours in he had broken a spoke and I was surprised to see him ride the bike so hard with the stray spoke flapping around. I was waiting for it to get tangled in some important component of the bike. A couple of laps later he stopped to fix it and I took the opportunity to maintain his pace and see if he was interested in busting himself to try and catch back up. 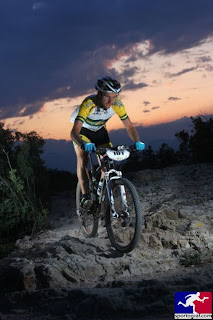 I started to get a few lap splits that were showing an increase in lead around this time. This lead was increasing by around five minutes per lap. I normally wouldn’t have been pushing for a buffer at this stage of the race but made the most of it. Norm Douglas has suggested I should be able to lap the field by 10hrs into a race so I think he was a little disappointed it took me 13hrs. I didn’t think it would have been possible to lap the field as laps were taking around 1hr to complete. At about 17hrs into the race I was under the impression I had a 1 lap and 20min lead. I got some feedback the next lap that 2nd place who was moving through the field had taken 20mins off my previous lap time. Doing the maths I could have been caught by 22hrs so I had to increase my pace! I was relieved to find out on the next lap that I still had an 1hr and 30min lead and just to tap it out really easily. I was starting to feel pretty busted around the 20hr mark and as the rain started I was finding myself in a pretty bad place. I kept two Shotz Caffeine gels in my pocked just in case however with a rain jacket on I tried to focus on savoury food items as I fought to get up all the climbs with heavily fatigued legs. I don’t think I have had legs so smashed from a 24hr race however, with my Rockshox set up to 5 inches of travel and the softness of a 40kg athlete my usually aching arms and back were still feeling pretty good.
At the 22hr mark the maths were done and it was determined I didn’t need to go out again so it was time to sit back and try one of everything at the race restaurant! 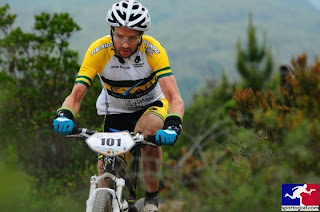 I really got to appreciate how important it is to get encouragement from others. Both out on the track and riding through the pits the Aussie support was awesome. I really thrived on these words of encouragement.

I need to thank CORC and Russ Baker for getting this event off the ground and for putting on airfares as part of prizes at both the Scott 24hr and Solo National Champs.

A big thanks to my parents for supporting me through this race. Teaming up with Jen, I had the perfect support crew. I really valued their encouragement during the race.
Merida have done very well this year with the 99 bikes which I am loving riding. Having the chance to ride such blinged up bikes is always something worth looking forward to. 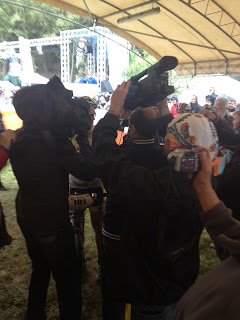 My SRAM and RockShox components worked really well during the race. The only mechanical support I required was some lube on the chain.

JetBlack have sorted me out really well this year with all the best components available to them. I'm running crank bros pedals, bars, stems and seat posts this year. JetBlack also look after my Stans Wheels, Weldtite lube and NiteRider Lights.

Once my bikes were in the box I was confident they would be in race condition thanks to Darcy’s fanatical attention to detail. Gordon Street Cycles customers are lucky to have his service.

The Shotz Nutrition is something that I can’t race without. I have a fantastic nutrition plan which demands these high quality products.

Essential Fruit and Veg also helped me out for this race which I really appreciate.

I'm also grateful to be on the super reliable Conti tyres and Adidas Eyewear.