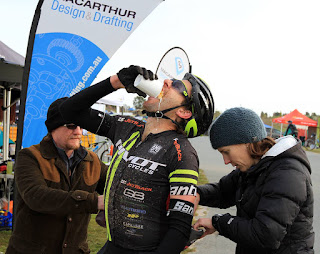 It has taken a while to put together a race report for the Scott 24hr. I guess this is the first year I wasn't super excited to be racing it. I made the decision to race in the Hero MTB Himalaya in the weeks leading up knowing that it could affect my performance. I wasn't sure exactly how it would. I thought I could come back super light and ready to climb from dodgy food or super fit from the altitude and climbing. 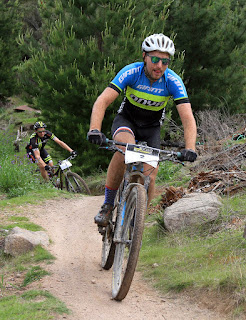 As the race started I felt the pace was quite comfortable. As I lapped around with Ed McDonald for the first 5-6 hours I felt good. I was having fun with his company and was enjoying riding the Stromlo Trails. The course had been been closed most of the week and a modified course was being run due to the amount of rain Canberra had taken. Even though I only ride Stromlo once or twice a year, the course felt very familiar. 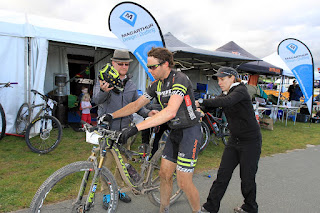 It was interesting riding with a heart rate monitor for this race. There was one moment early on when I turned to Ed and told him that one of us was in trouble. Riding at a solid pace up the first climb my heart rate was just sitting around 130bpm. Normally at the same power output I would have been doing closer to 170bpm. Later on in the race when I did aim for a harder lap the max heart rate I could hit was 166bpm. I should have been closer to 185bpm. 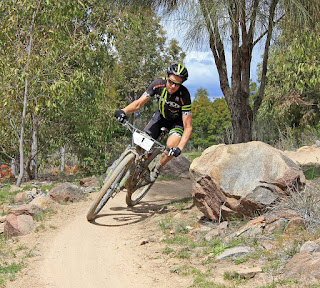 I'm not sure if these two factors played a part but there was a moment when I was a few minutes ahead of Ed around the 6-7hr mark that I wasn't sure I was able to finish the event. It is hard to describe how I felt. It was like I had a 100km training ride scheduled. I felt like I had around 3km to go and was just going to finish up early because I felt too busted to ride around the block to hit 100km. 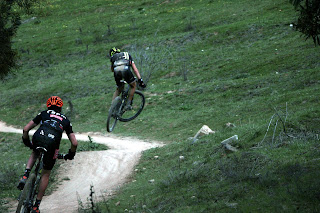 I was a little surprised how busted I felt at this point. I was eating well, my pacing felt comfortable, all I can put it down to is the effect of altitude. While the days were short in India and the climbing wasn't ridiculous the altitude really made me work each day and the sustained power was significant.


From that moment at the 6-7hr mark I was wondering if this is when other riders would normally pull out of a 24hr. I had no desire to continue, and I had no ability to be competitive. I just turned the pace off and watched my 3 min lead turn into a 3 min deficit in just 1 lap! 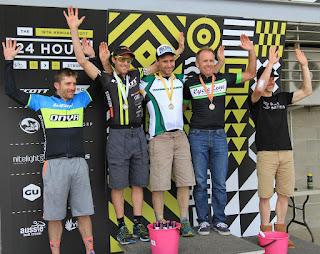 It felt different now riding Stromlo without feeling like I was racing. It was possibly a good thing as I had several technical and mechanical issues that normally would have caused me great stress. I just dealt with the issues knowing that loosing time really wasn't a concern.

Riding through the night I was starting to fall asleep early, possible due to the lack of adrenaline or lack of caffeine intake! I'm not sure how I use to do the night without caffeine. Either way, it still didn't seem long before the sun was up and the 6 + 6 riders provided company for the last part of the race. 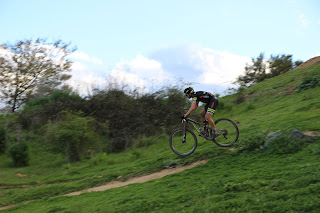 It was great to look back and see the lap times and how consistent Ed was. It's about time he had the perfect race. A perfect race is a rare thing in 24hr racing. There is usually always an issue associated with pitting, lighting, tyres, forks, bike setup, nutrition or a crash. I really wanted to be the person to hand Ed the green and gold jersey on the podium. He rode so well for it! Next time I'll aim to make him work for it again, as long as India doesn't get in the way!