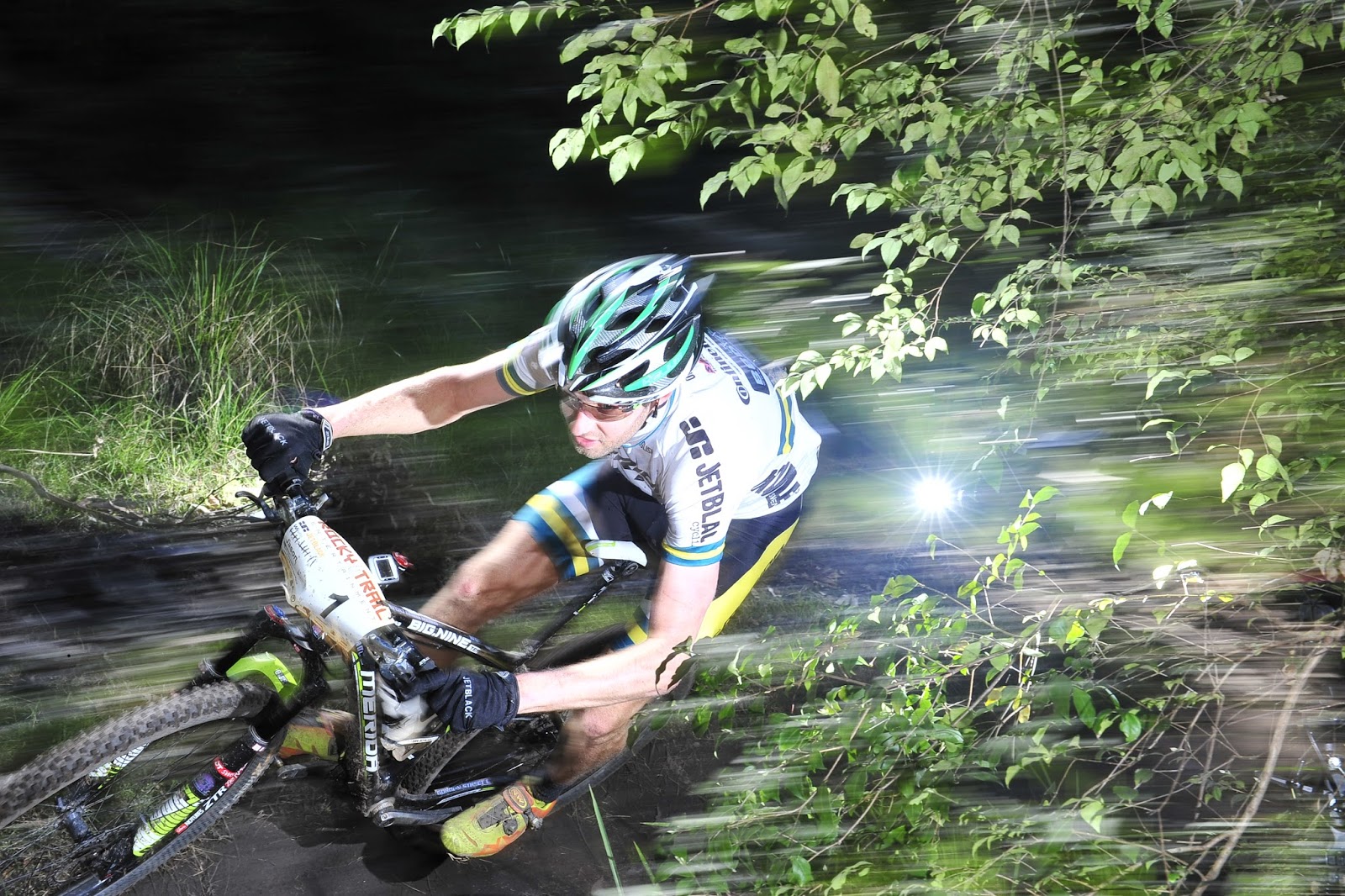 After flying and racing all over the country in recent weeks I was hoping to have some time off however, the Jet Black Sydney 12hr is one race I can't miss. I've been racing the Sydney 12hr for as long as i can remember and I really owe it to Jet Black to show off some of the cool products they have on my bikes. Regarding bike choice, I took the same approach as last year. I setup my NiteRider 3600's lights on the dual suspension Merida 99 with the intention to stay on the Big 9 hardtail until lights were required.

The race loop at Dargle Farm hasn't changed much since I raced my first 24hr race there back in 2006. The track is mostly flat as it loops up 2 different valleys and finishes with a short and steep technical climb before a straight forward, fast downhill shute to the transition area. On the flat fireroad sections it is possible to maintain around 30km/hr. The rain leading up to the event meant there were some significant boggy sections of track that were maintained and improved as the race went on keeping bikes and riders relatively clean. 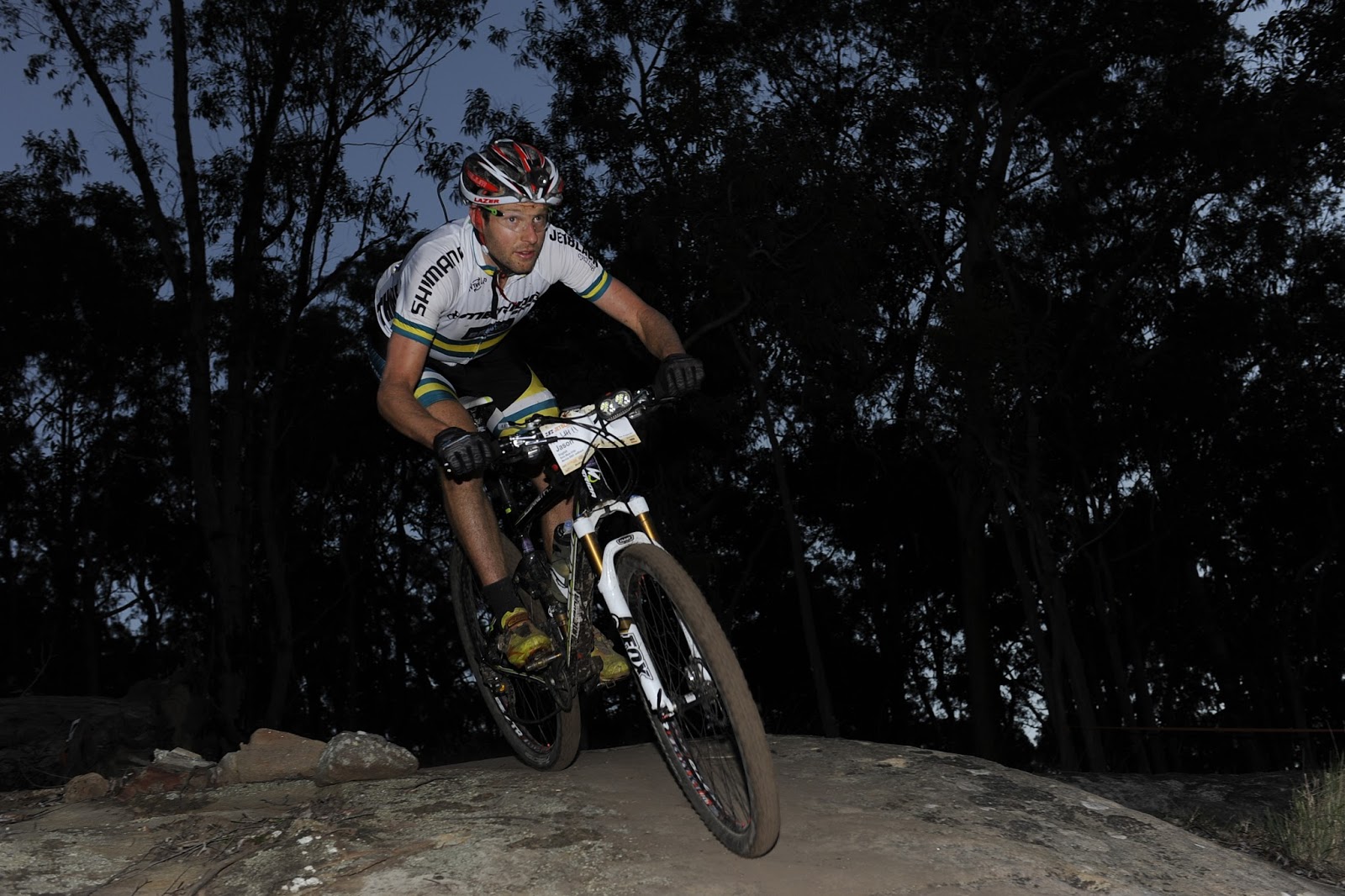 On the start line I assumed the seat was at the correct hieght on my 29er however, once pedalling I was feeling very weak. I felt like I couldn't put the power down at all. I was questioning if I had trained too hard during the week or if I was feeling flat from racing too much. After the third lap I started to feel stronger, I was starting to have fun and felt really good on the bike. The next lap I felt like I was riding a BMX as my seat continued to slip. Stopping briefly in transition to sort my seat height I was starting to really enjoy riding my bike. I was miles behind the first overall team and just ahead of the next solo rider Andrew Lloyd at this stage. Andrew is a strong rider who has exceptional technical skills from a moto racing background. I had raced against him two weeks earlier at a 6hr event in which he finished just behind me due to gut issues. In a 12hr with lower intensity it was going to be a race until the end. 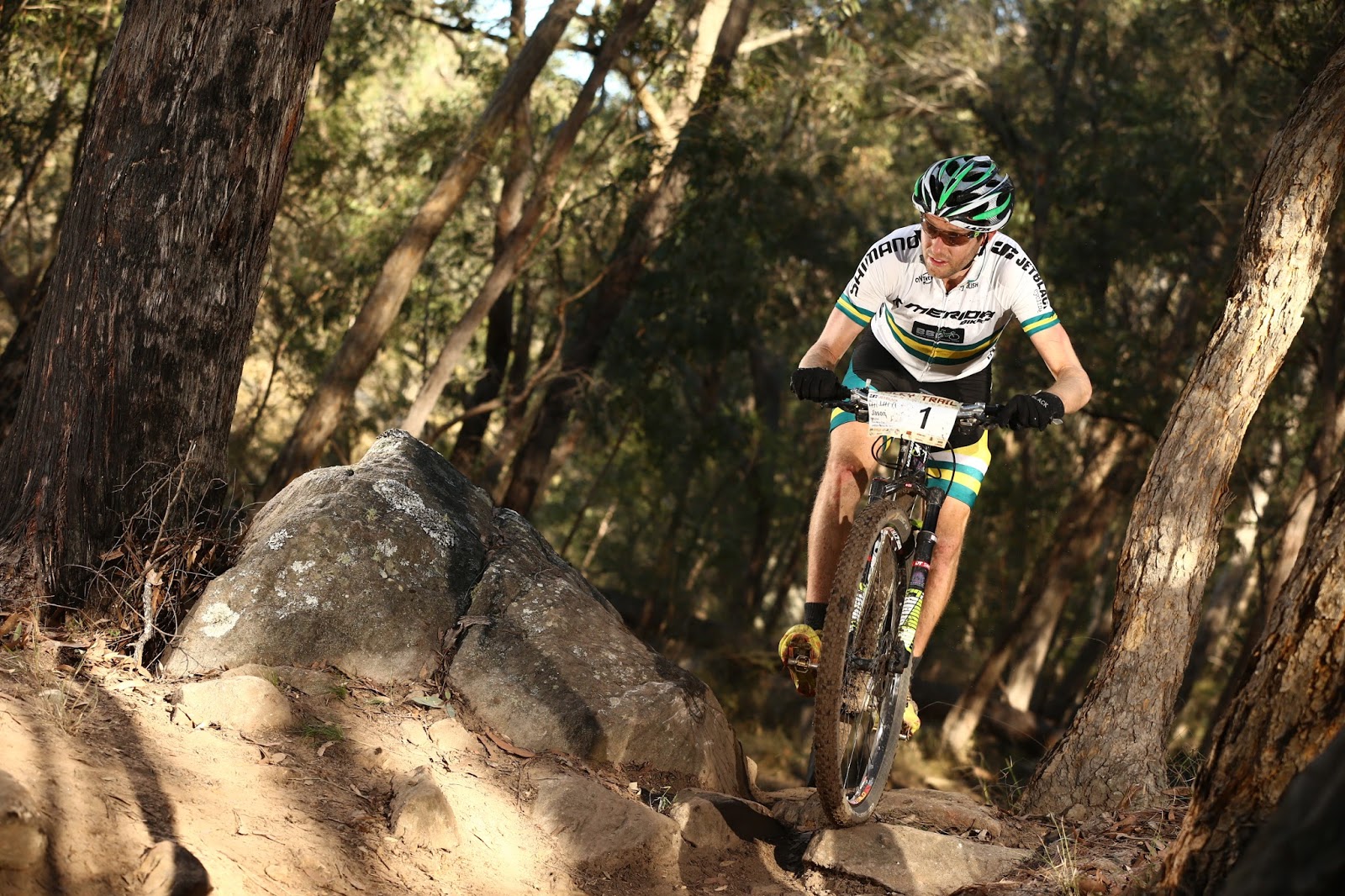 I had my parents supporting my during this race. They were in Sydney by chance and having their help was an clear advantage over being self supported in previous years. I had all my nutrition lined up for the event which consisted mostly of Shotz bars and gels with some savoury options to break up the sweetness. My strategy for fluid is usually rotating between water and Shotz electrolyte however, I was really craving the electrolyte and used this for the whole time. The two surprise nutrition products that I was given included a chicken and tomato sandwich for lunch and a few slices of pizza for dinner. I took 2 slices of pizza per lap for 2 laps and I wouldn't have taken any more if it was offered. This was a first for me, normally I will never say no to pizza and it tasted awesome! At 6pm I swapped out my normal gels for Shotz Wild Bean with caffeine and only needed the one gel to keep me alert until the end of the race. 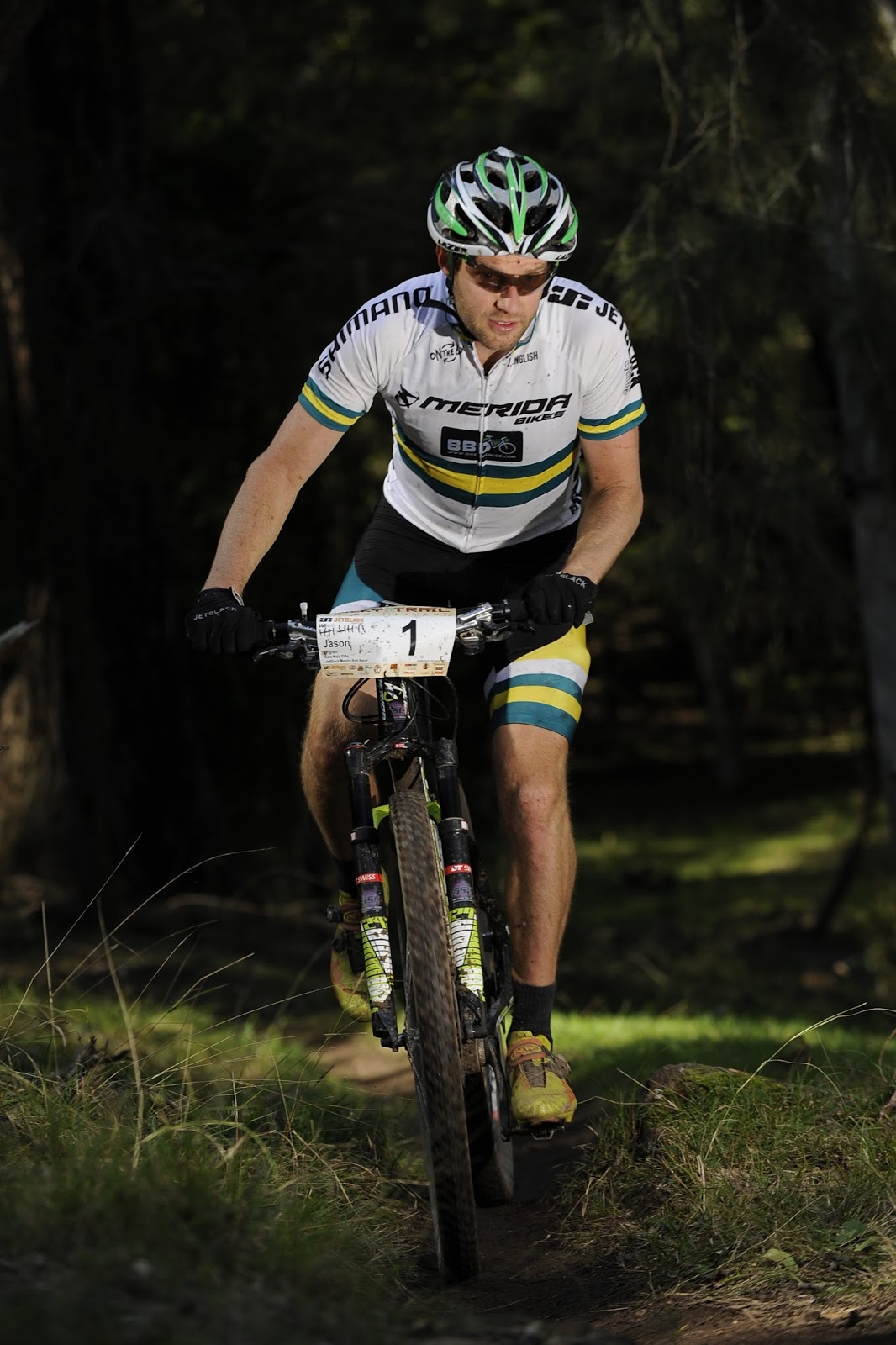 As my lap times were quite consistent I managed to lap Andrew (second solo) during one of my last few laps. I was monitoring my watch closely with a few hours to go as I wanted to time finishing right on the 12hr mark. As I slowed my pace slightly, the next placed overall team caught me. While I wanted to race for the 2nd overall position I didn't really want to come through transition before full time. In the end I rode a little faster up the last couple of climbs and finished feeling strong 30 seconds after time and in 2nd overall place.

I really don't thank Jet Black Products enough for their support. They have supported me for years. This year I am using the following high end products:
Wheels - Stans Medalist 650b wheels on my dual suspension bikes and Race Golds on my 29er
Lights - A 750 Niterider on my helmet and 3600 on the bars
Handle bars and seat posts - Crank Bros 11 handle bars and seat posts
Gribs - Jet Black foamies
Trainer - I use a Z1 trainer for rainy days
Gloves - SixSixOne
Drink Bottle Cages - Jet Black 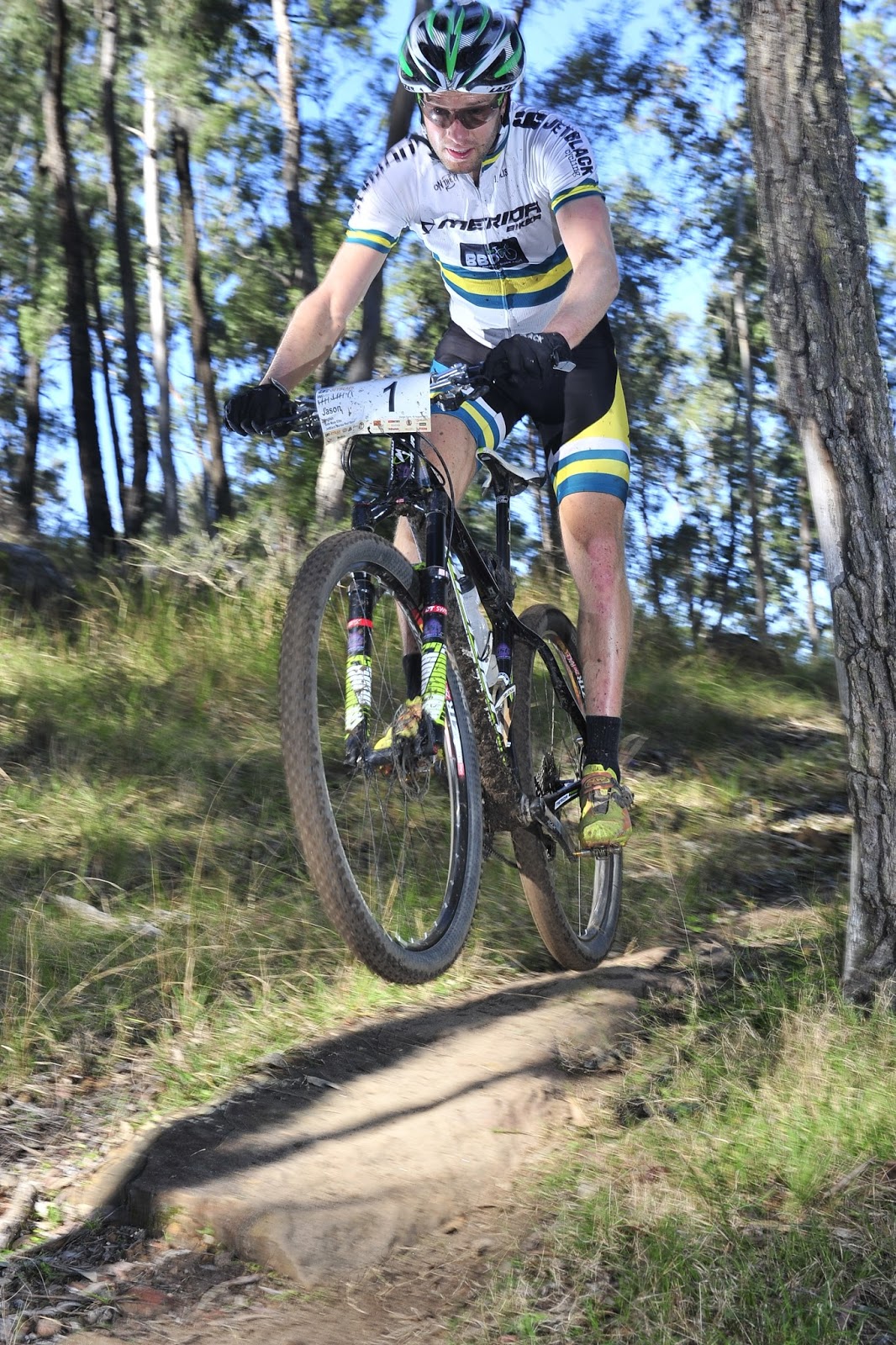 Pedals - Crank Bros, Egg beater 11's on my mountain bikes and Candy 3's on my roadie